Please note that the number of people living with HIV does not include an estimated 16,000 Texans who are living with undiagnosed HIV infections.

The profile of Texans living with HIV in 2018 shows:

Table 4 at the end of this section gives a detailed look at the profile of PLWH.

Texas PLWH by Sex at Birth and Race/Ethnicity

About 70% of the PLWH in 2018 were Black or Hispanic, but the profile differed by sex. Almost three out of five female PLWH were Black, but males showed a more even distribution across groups (Figure 2 and Table 1).

Figure 2: Texans living with HIV by race/ethnicity and sex at birth, 2018 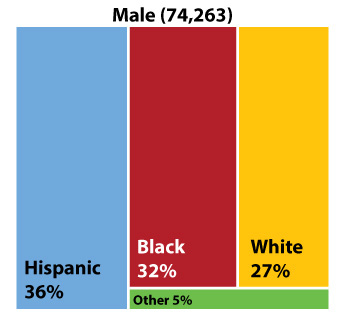 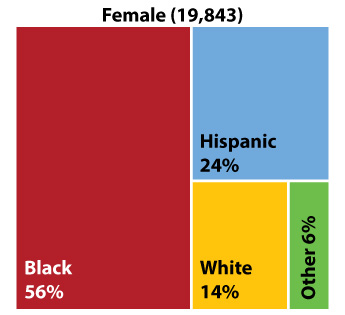 Table 1: Numbers and rates per 100,000 of Texans living with HIV in 2018 by sex at birth and selected race/ethnicities

In Texas, over 6 out of 10 PLWH were MSM, but men and women had different profiles. Close to four out of five men and four out of five women acquired HIV through sex with a man (Figure 3 and Table 4). 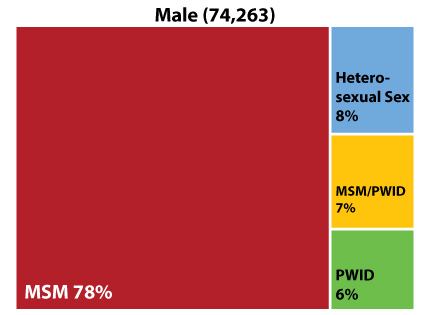 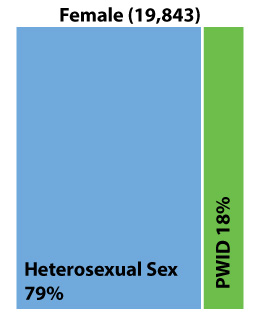 PLWH with other mode of transmission categories made up 1% of male PLWH and 3% of female PLWH.
Source: Texas eHARS, 2018
Data for figure 3

Texans Living with HIV by Geography

More than half of PLWH lived in the Dallas and Houston areas in 2018. An additional 21% live in the Austin, Fort Worth, and San Antonio areas.

Rates allow direct comparison of the impact of HIV on groups of different size and are used to show health disparities. The HIV prevalence rate is the number of people with HIV in a group for every 100,000 members of that group.

Figure 4 shows that Black Texans had rates that were 3 to 13 times higher than those for White and Hispanic Texans. 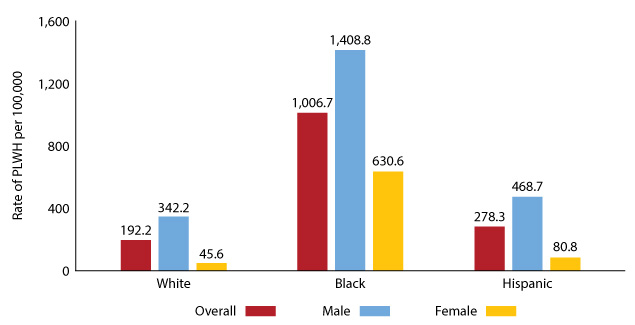 MSM were also disproportionately affected; White, Black, and Hispanic MSM had rates that were 15 to 35 times higher than the overall rates for these race/ethnicity groups (Figure 5). 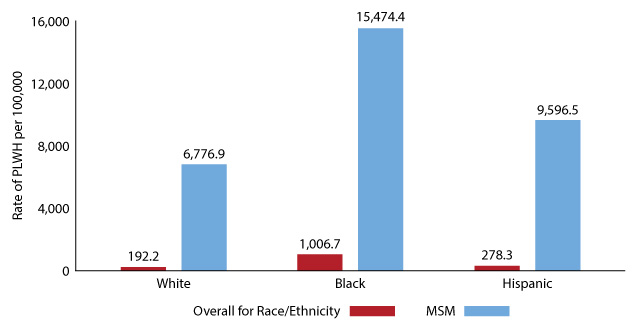 The other way of looking at burden of disease is ‘1 in’ statements. For Texas overall in 2018, 1 in 305 Texans was living with a diagnosed HIV infection. DSHS estimates that about 1 in 6 Black MSM were living with diagnosed HIV in 2018, as were 1 in 10 Hispanic MSM, and 1 in 15 White MSM.

Table 3: 'One in' statements for groups of Texans living with HIV in 2018

Source: Texas eHARS, 2018 rates cannot be calculated for most transmission groups due to a lack of established methods of estimating the denominator.

Note 6. Based on sex at birth

Note 7. The EMA and TGA designations come from the Ryan White HIV/AIDS Program. It is a common geographic unit used in HIV analysis.