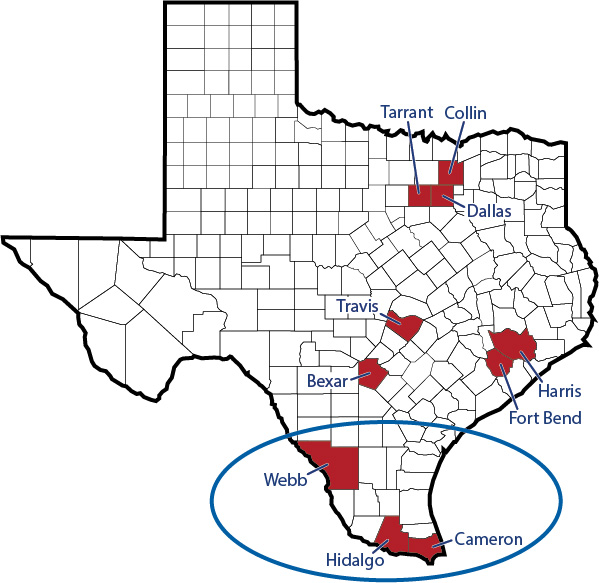 One-quarter of the world's population is estimated to be infected with tuberculosis. About 5-15% will become ill with active TB disease at some point. Tuberculosis is one of the top 10 causes of death worldwide and the leading cause of death from a single infectious agent, ranking above HIV. Globally an estimated 10 million people fell ill with TB in 2019. In Texas, being born outside the United States was the number one risk associated with TB.

Texas border counties are contributors to Texas TB burden, with TB rates higher along the Texas-Mexico border. Three out of the ten counties in Texas with the most TB cases in 2019 were border counties: Webb, Hidalgo, and Cameron counties. For this reason, Texas continues to work with the four binational programs to reduce the rate of transmission and disease along the border.

Tuberculosis Along the Texas-Mexico Border